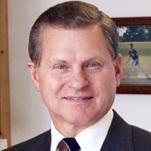 President Paul Hundt established Hundt Financial Services in 1973, which he has headed ever since. He obtained his CERTIFIED FINANCIAL PLANNER™ certification in 1978, the second person in Wisconsin to achieve that certification. Throughout his career, Paul has excelled and has often been singled out for recognition and awards in the financial planning field. In 1976, Paul began building and operating quality apartment communities in Western Wisconsin, and today owns several and continues to build apartments.

In the community service area, Paul and his wife, Pat, became principal founders of Aquinas Academy school in Menomonee Falls in 1991. Today, they continue as board members and major supporters as enrollment grows and an additional classroom building and gymnasium are planned.

In 1999, Paul founded and today chairs the Ridge History Park, Inc. a La Crosse County, WI, museum. He also was a founder and currently sits on the World of Model Trains and Industry Museum Steering Committee.

Over the years, Paul has authored several books, including the The Economic and Political History of the Township of Washington, La Crosse County, Wisconsin, 1853-1900. In 1998, he published Investing, which describes his approach to personal wealth management. Paul is a member of the Rotary Club of Milwaukee. 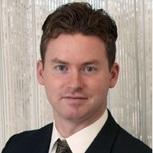 Specializing in advanced planning techniques for investments, risk management, and legacy enhancement, Peter Hundt has been working with clients to help achieve their financial planning goals at Hundt Financial for more than 15 years. Peter was an officer in the U.S. Army Reserve for 11 years ending in November 2011, when he was honorably discharged after reaching the rank of captain. Peter, a 1999 graduate of Thomas Aquinas College in California, has his FINRA Series 7, 24, and 51 securities registrations and is a licensed life insurance agent. He is married to Ashley and has six children: Andrew - 10, Susanna - 8, Charles - 6, Paul - 4, Adeline - 2, and Beatrice - 3 months.